The advantageous location at the crossroads of trade routes had a significant impact on the development of the originally small settlement. Over time it was transformed into a town fulfilling the function of a trade and craft centre of the entire Rajec valley. Already in the late Middle Ages, an almost square-shaped market square with a network of streets was built here. It was a place of sought-after annual fairs which led to the flourishing of the town in the early modern period.

The town hall stands almost in the middle of the square probably since the first half of the 17th century. For the following several centuries it became the seat of the town’s administrative institutions – the mayor, the town council, the town court and the notary. It is possible to surmise that the hall was built a little earlier, perhaps already at the end of the 16th century. The building with a rectangular floor plan and rounded corners has two floors and a high hip shingle roof. The ground floor with open arcades and a central staircase was used for market purposes and the upstairs rooms served the municipality. Some static failures were probably the reason why in the years 1830 – 1850 the building underwent a fundamental reconstruction. The open arcades were bricked up and thus provided the town with new storage. The layout of the floor was partially modified and the façade got a Baroque-Classicist architectural expression. Except for minor interventions in the interior, the town hall retained this look until the end of the 20th century. In 1992 a comprehensive restoration was completed and restored the building’s original appearance. It was all realized and supervised by Ferdinand Milučký (1929 – 2019), a well-known Slovak architect born in Rajec. Although the restoration by opening of the arcades and their glazing partially brought back the town hall’s original exterior expression, it removed many authentic historical elements and details such as the original plaster including fragments of Renaissance painted sundials. The original staircase to the first floor has not been preserved, the current one only copies its location. Today, the town hall is used for cultural and social purposes and on the ground floor there are small exhibition and sales areas. 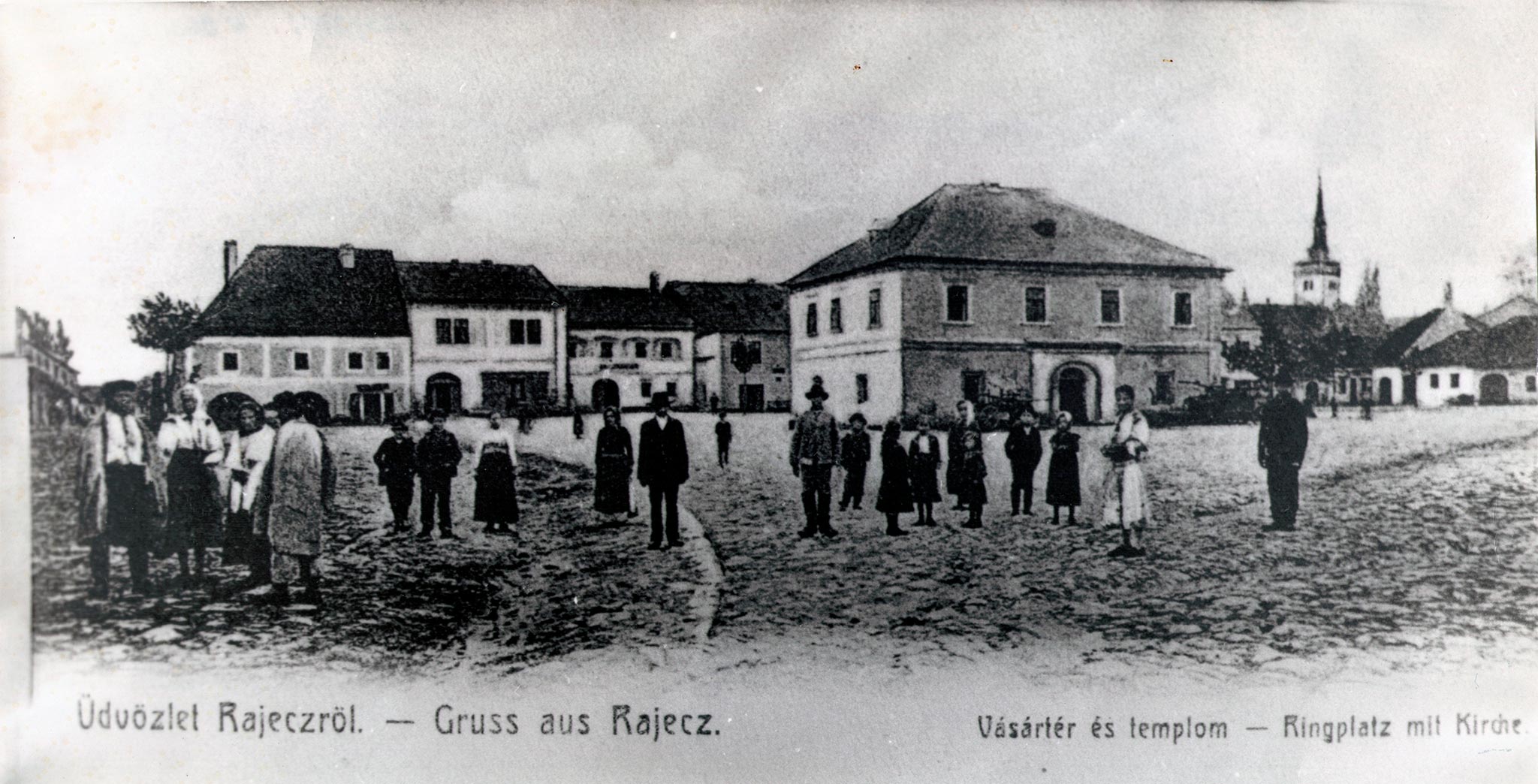 The main entrance to the building is on the south side through a central glass arcade which is, similarly to the other arcades on the ground floor, lined with a smooth chambranle. Right above it there is a small niche with a sculpture of St. Ladislav in armour with a shield and a spear, the patron saint of the local church and the whole city. An important artistic element of this facade is a painted simplified replica of the original sundial without a metal shadow indicator. Ground-floor facade is divided by simple pilaster strips which in the corners of the floor change into bossage. The Classicist look of the building is underlined by above and below window cornices, smooth chambranle around all window openings and monochrome white surface finish of the facade.

The town hall is an architectural dominant of the square which together with its adjacent streets was declared a protected area in 1991 – the town’s monument zone. It is the centre of the entire historical urbanism of the town and an important part of all major views. On the edge of the main facade of the building you can find a memorial plaque dedicated to the town’s honorary citizens which was installed there by local government representatives on the occasion of the end of the second millennium. The town hall was declared a national cultural monument in 1963.