From an architectural and urban point of view, the burgher house no. 15 is one of the most valuable houses in the monument zone of Rajec. It is a terraced house standing in the southern part of the SNP Square. Its representative front façade with an open arcade on the first floor is sunken in the ground. It disrupts a continuous street line but at the same time it creates an interesting spatial element. The house underwent many building modifications and its rooms were used for various purposes. It served as a housing unit, an inn, a warehouse or a seat of several municipal cultural institutions.

This drive-through type of a burgher house dates from the 17th century and is believed to have a medieval core. Its oldest part is a stone cellar with a barrel vault and lunettes which, however, partially refutes this assumption. Its appearance rather corresponds to Neorenaissance building structures. Its single storey extension in the second half of the 18th century was most likely related to its new purpose of use. According to contemporary sources, beer was brewed here and the front part of the house served as an inn. There were two breweries in Rajec during this period, one belonging to the Lietava castle estate and the other to the town estate. Other building modifications affected mainly its internal layout and were based on the period needs of the owners, tenants of the brewery and the inn itself. Several of them were of Jewish descent. At the beginning of the 20th century, the brewery was closed and the house was used as a town tavern. After World War II, the building was used to store various goods; there were offices and smaller municipal establishments. During this period the building underwent a few inappropriate alterations. The one that entirely destroyed its architectural and historical qualities included bricking of the open arcades on the front facade. Since 1976 the building housed the Enlightenment Association and a municipal library. After 1989 local enthusiasts initiated the idea of ​​establishing a museum here. It was inaugurated on June 21, 1993 during the celebrations of the 800th anniversary of the first written mention of the town. 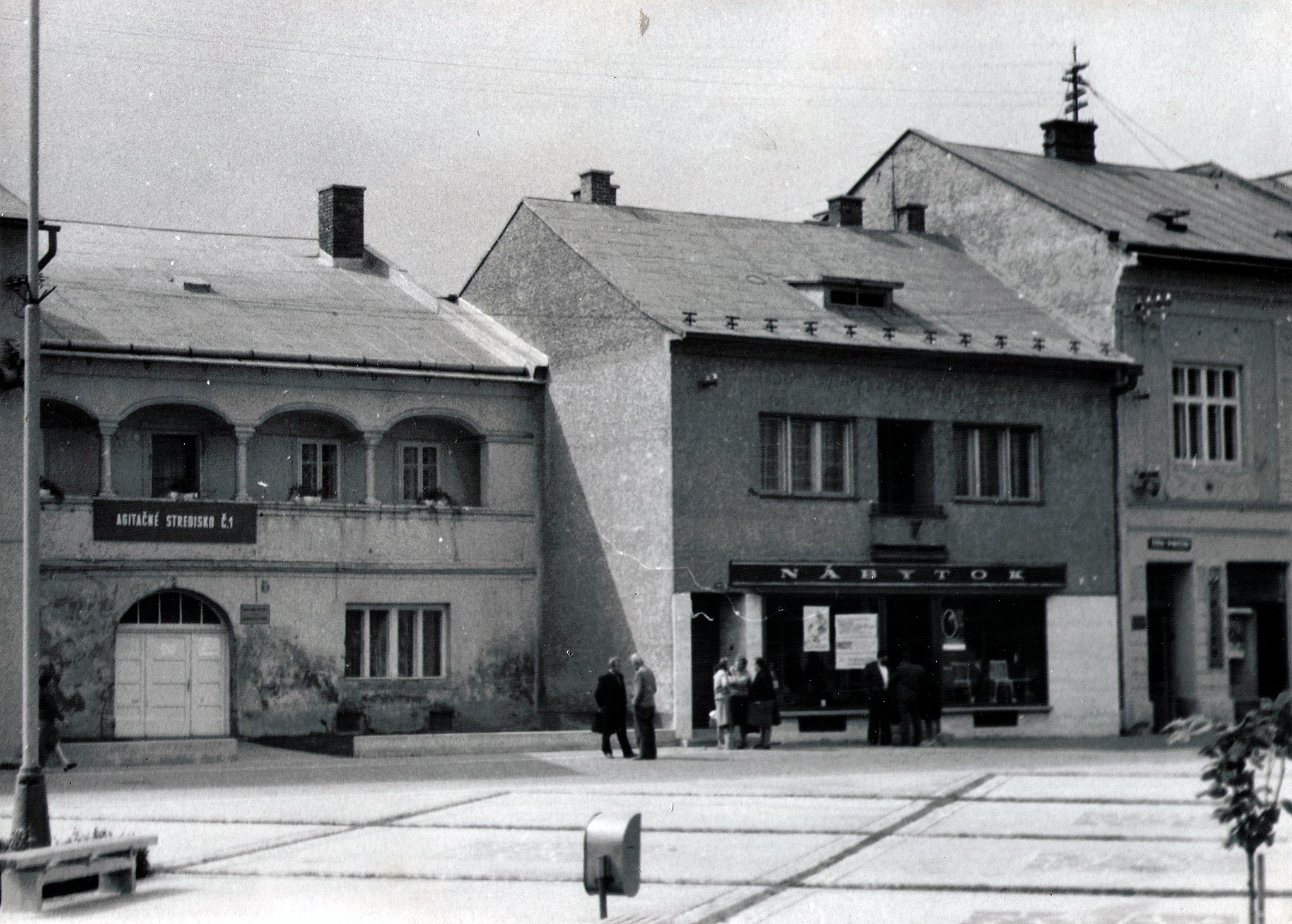 The front facade of the house involves an embedded loggia with an open arcade and a richly profiled cordon cornice which give it a strong horizontal expression. The four-arched Baroque arcade consists of stone columns with Tuscan capitals. On the side wall there is a large wooden gate with interesting carved decorations coming from the birth house of Rudolf Pribiš (1913 – 1984), an important Slovak sculptor. The gate itself is also richly carved. It opens a space with a barrel vault and lunettes. On its sides there are separate stairs to the first floor and basement. The rooms on the ground and first floor have a representative character. It is underlined by a typical Baroque vault, the so-called sail vault with a profiled cornice and stucco mirrors in the shape of a circle or a quadrangle. Restoration research carried out in 2015 revealed that in the past these rooms also had a simple stencil painting decoration dated probably from the second half of the 19th century. However, it is hidden under a newer white paint.

The burgher house no. 15 (commonly known as a museum or brewery) creates an inseparable atmosphere of the historical centre of Rajec and it is one of the best preserved monuments with many valuable and interesting architectural elements. On its front façade there are two memorial plaques commemorating two important Rajec-born citizens – a zoologist and naturalist Ján Frivaldský (1822 – 1895) and Juraj Slota Rajecký (1819 – 1882). The house became a national cultural monument in 1993.