Although the first mention of the Jewish population in the town dates back to the end of the 17th century, the Jewish religious community was well-established here already at the beginning of the 18th century. The Jewish probably came to the town from nearby Moravia and earned their living as traders, crafters or had some local inns in lease. The greatest expansion of the Jewish community of Reform Judaism was observed at the end of the 19th century with almost 12% of the town’s population. The community included several wealthy wood and cattle traders, small industrialists, but also a doctor and lawyer. Its members were not only Rajec-born residents but also those living in the surrounding villages, especially in Frivald (Rajecká Lesná), Ďurčina, Fačkov, Zbyňov and Rajecké Teplice. In the first decades of the 20th century, the number of the community’s members began to decline gradually and on the eve of the outbreak of World War II it barely exceeded fifty persons. After the liberation only a few Jews returned to the town but they soon emigrated and the Jewish religious community in Rajec disappeared.

The Jewish brick synagogue probably stood in the town already at the end of the 18th century (renovated in 2015). At this time the local Jewish community could use a ritual cleansing bath (mikve), an elementary school (cheder) and a slaughterhouse to prepare kosher meat. At the same time and in accordance with the contemporary regulations, the community established its own cemetery on a slight slope about 1.2 kilometres east of the historic centre. Subsequently, the funeral fraternity – Chevra Kadisha – began to perform its activities here. Its members prepared the deceased for burial and carried out the funeral ceremonies themselves in a small brick building with a hip roof. This building was part of the cemetery and existed in almost intact conditions until the 1970s. Then it began to decay quickly and definitely disappeared at the end of the last century. Today, its existence is evidenced by only small remnants of stone masonry.

The Jewish cemetery has a rectangular shape and is protected by a stone wall around the entire perimeter. In 1926 it was extended by almost a third of its original length. In the area there are almost 400 tombstones. The oldest ones date back to the end of the 18th century and can be found in the lower part of the cemetery. However, most of them date from the late 19th to early 20th centuries and are made of sandstone, various types of polished dark granite and marble. Many of the tombstones include a Hebrew or German text. Due to weather the oldest ones are already damaged and difficult to read. Sandstone macevas (tombstones) have the characteristic shape of the 10 Commandments tablets, while the others are dominated by the shape of a stele or a plate. Their surface is covered with a simple ornamental decoration, especially with the six-pointed Star of David, a ritual jug with a bowl and a typical plant motif of a weeping willow tree. 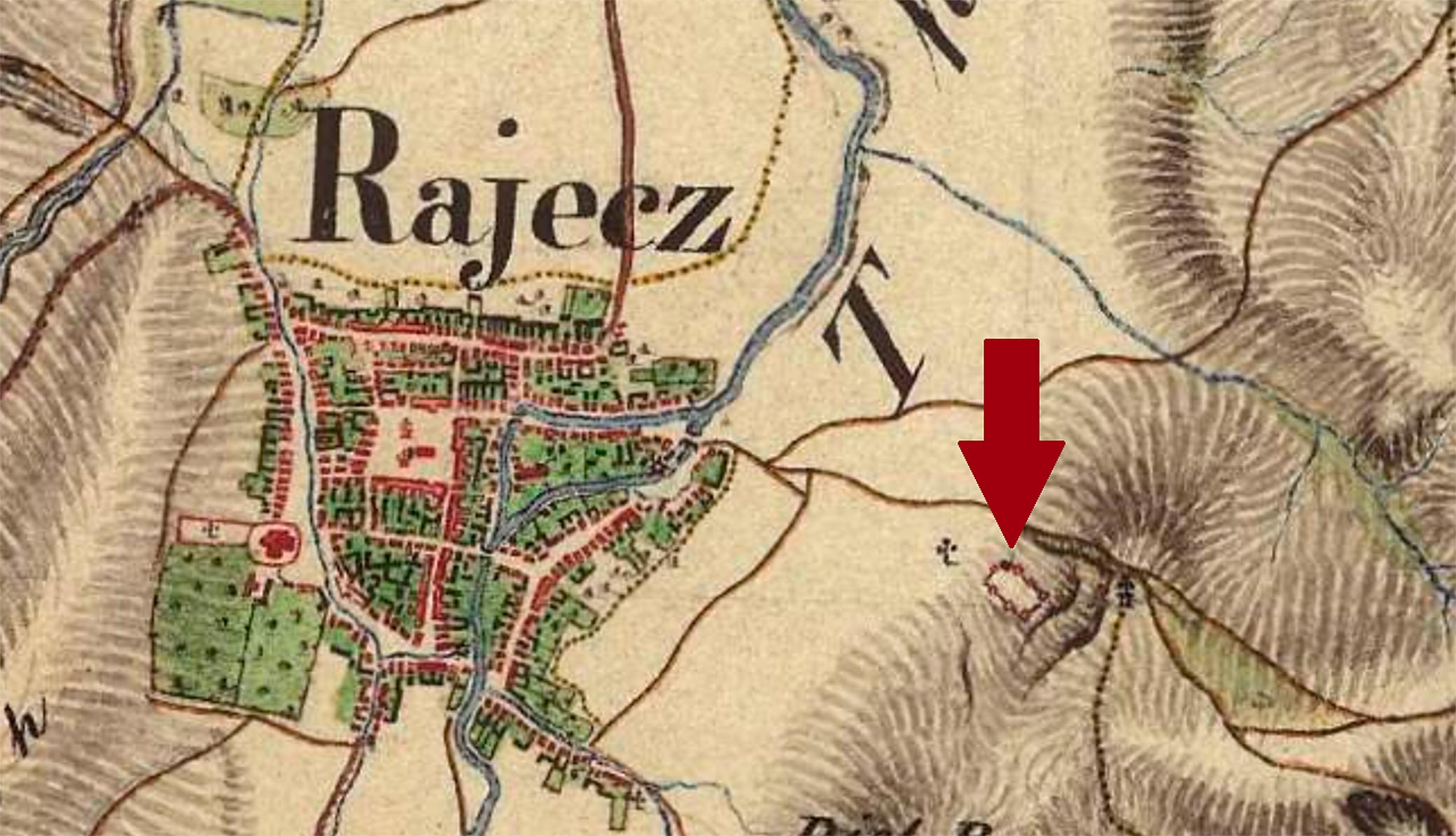 The cemetery was neglected for a long time; several tombstones were toppled, damaged and almost lost in a dense bush. Many of them have even disappeared or been trafficked. After 1989 young people from Slovakia and abroad cleaned the cemetery, raised the stones again and cultivated its space. However, the cemetery became dilapidated shortly afterwards as there was no regular maintenance. Thanks to the volunteers it quickly got its dignity back again. This initiative was led by Viera Groznerová, a former resident of Rajec whose ancestors are buried at the cemetery. Unfortunately, this place is constantly being targeted by vandals. On the other hand, there are still volunteers who are willing to help and repair emerging damages. The cemetery is currently closed to the public.